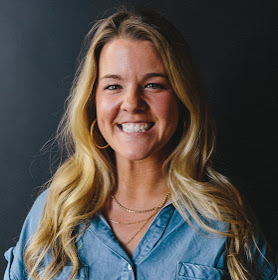 AUSTIN, TX (August 10, 2021) -- AffiniPay, the fintech leader in online payments for professionals, has appointed Stuart C. Harvey, Jr. as a member of their executive board. Harvey’s appointment follows the news of AffiniPay’s new CEO, technology leader Dru Armstrong, as AffiniPay continues to scale.

Harvey has been at the forefront of driving growth in several large scale companies over the past 30 years and brings a wide range of expertise in the payments, fintech services, and capital markets. During his seven-year tenure at Elavon Global Acquiring Solutions, including CEO, he drove the company to record revenue growth and profitability. As president and CEO of Ceridian Corporation, Stuart Harvey cultivated the company’s vision, strategic execution, and operations on a global scale which led to major growth in operational efficiency and sales.

Harvey is a graduate of St. John’s University as well as The George Washington University Law School. He obtained his MBA degree from the Kellogg School of Management at Northwestern University. A seasoned financial and technology executive, Harvey served from 2018-2021 as the Chairman of Paysafe Group, a multinational payments company headquartered in London. Prior to his time at Paysafe, Harvey was president and Chief Operating Officer of Piper Jaffray Companies, where he directed the firm's equities, asset management, public finance, and global investment banking businesses.

“I am honored to be joining such a talented team,” said Stuart C. Harvey Jr. “AffiniPay has demonstrated a significant footprint in financial technology and I am eager to take on this board position to help AffiniPay achieve ambitious results in the future.“

AffiniPay is experiencing tremendous growth and is on track to process more than $13B in payments in 2021 and continues its market leadership in the legal, accounting, architectural, and associations markets.

“It’s so exciting to have Stuart join AffiniPay’s executive board,” said Dru Armstrong, CEO of AffiniPay. “We look for the best to come in and work with our already high-performing teams as well as intensify our company growth. Stuart’s experience in scaling high-growth companies is going to help AffiniPay reach the goals we’ve set out to reach our next chapter.”

For more information about our full team at AffiniPay, click here.

About Stuart C. Harvey, Jr.
Stuart C. Harvey, Jr. brings his extensive financial services and technology experience to advise AffiniPay. Between 2018 and 2021, Harvey served as the Chairman of Paysafe Group, a multinational payments company, which recently went public via a successful special purpose acquisition company merger. Prior to Paysafe, Harvey was the president and COO of Piper Jaffray Companies. In this role, he led the operations of the firm’s global investment banking, equities, public finance, fixed income, and asset management businesses. In 2010, Harvey was named the chairman, CEO and president of Ceridian Corporation, a provider of human capital management software and services. Following that, in 2013, he was named the chairman and CEO of Comdata, Inc., which manages fleet and corporate card payments and services. From 2003 to 2010, Harvey was with Elavon Global Acquiring Solutions, Inc., a subsidiary of U.S. Bancorp, and was named president in 2005, and CEO in 2008, when he led its international expansion efforts. Harvey holds a bachelor’s degree from St. John’s University, a Juris Doctorate from The George Washington University Law School, and a Master’s of Business Administration from the Kellogg School of Management at Northwestern University.

AffiniPay is the market leader in professional services payments serving legal, accounting, architectural, engineering and construction firms. AffiniPay has been recognized as one of Inc. 5000’s fastest growing companies for 10 years in a row. Each of its brands leads the market it serves with solutions purpose-built by industry including LawPay, ClientPay, CPACharge, and AffiniPay for Associations. AffiniPay’s solutions are trusted by more than 150,000 professionals with more than 150 strategic partnerships and endorsements, including the American Bar Association and the American Institute of Certified Public Accountants. Visit affinipay.com to learn more.